Leica is respected nationally as a master teacher and dance educator. Her enjoyment of dance and movement has been a lifetime activity with over 40 years of teaching experience. In May 2011 she was the recipient of an Honorary Doctorate of Fine Arts from St. Mary’s University Halifax for her contribution to dance and the arts in the region. In 2000 she was also honoured to be included in the Encyclopedia of Canadian Dance. During her teaching career students have gone on to study at such institutions as Canada’s National Ballet School, The School of the Toronto Dance Theatre, École de danse contemporaine de Montréal (EDCMTL), the North Carolina School of the Arts, The Royal Winnipeg Ballet School, Ballet Jörgen Canada, The Bates Dance Festival (Maine), The White Mountain Dance Festival (New York), The Peridance Professional Program (New York), The Stratford Festival, Humber College School of Creative & Performing Arts, The George Brown College School of Performing Arts and the Banff Centre. Former students have enjoyed successful careers as dancers, teachers and choreographers, and with companies such as the Canada’s Ballet Jörgen, the Toronto Dance Theatre, the National Ballet of Canada, Dancemakers (Toronto), Mocean Dance (Halifax), O Vertigo (Montréal) and Parsons Dance (New York).

Leica holds her Advanced Teacher’s Certificate with the Society of Classical Ballet (Vaganova Method) and has been an examiner for the Society since 1997. She trained extensively at the Royal Winnipeg Ballet School, the School of American Ballet, York University, The Banff Centre and with noted Canadian modern dance instructors Linda Rabin, David Earle, and Carol Anderson. She enjoyed 20 years of performing professionally and since 1982 has choreographed over 40 works. In December 2022 Leica will celebrate her 30th year as the director/choreographer of The Nutcracker for Symphony Nova Scotia. 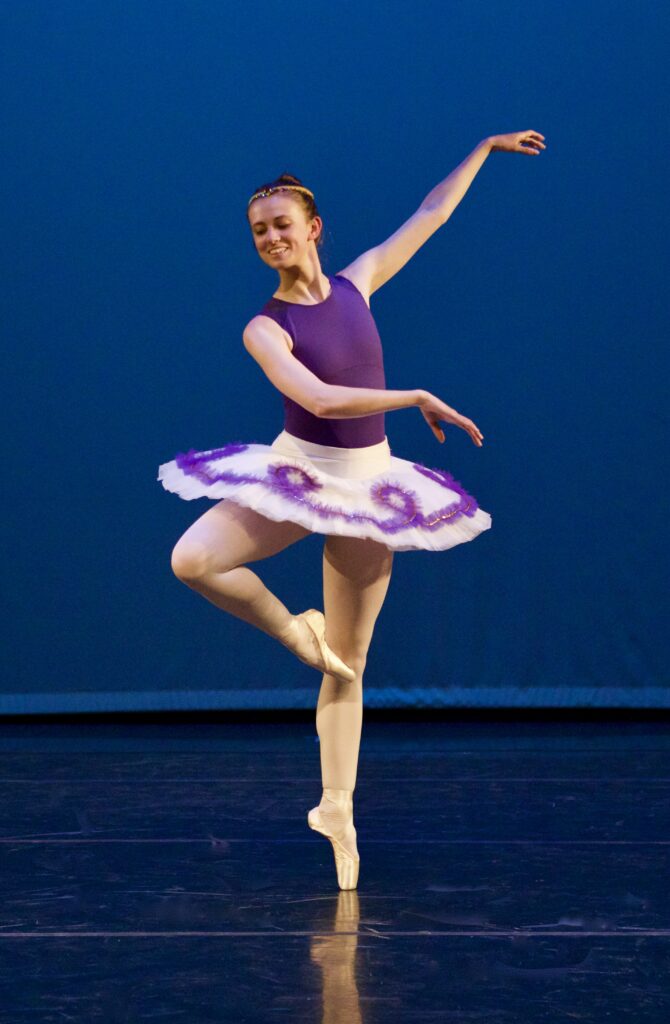 Having completed her Masters of Science in Occupational Therapy at the University of Toronto, Michelle is thrilled to be back teaching KiDance, Ballet Primary, and children’s jazz classes. Michelle has been dancing since the age of three and, throughout her training, has studied at the Leica Hardy School of Dance, Halifax Dance, the Royal Winnipeg Ballet School, the Maritime Conservatory of Performing Arts, and London Studio Centre (London, England). She was a founding member of KiDanCo and performed in Symphony Nova Scotia’s The Nutcracker for six seasons. Michelle received the Taking Steps to Fly 2011 Young Choreographers Award for her piece Hello Goodbye, which was also performed in KiDanCo’s premiere season. In 2015 she obtained her Advanced Dancer certification with the Society of Classical Ballet (Vaganova Method) and was awarded her Associate Teacher credentials in March 2016. While studying in Toronto, Michelle took on the role of choreographer for the Whitby Courthouse Theatre’s record-breaking production of Little Women the Musical. Outside the studio, Michelle works as a research occupational therapist in the International Chronic and Complex Conditions Research Group at Dalhousie University.

Dancing has taught me so much more than just steps and technique; it has taught me to be resilient, confident, playful, and hard working. I hope to be able to instil this same joy and balance in each of my students through the exploration of movement, music, and creativity. – Michelle 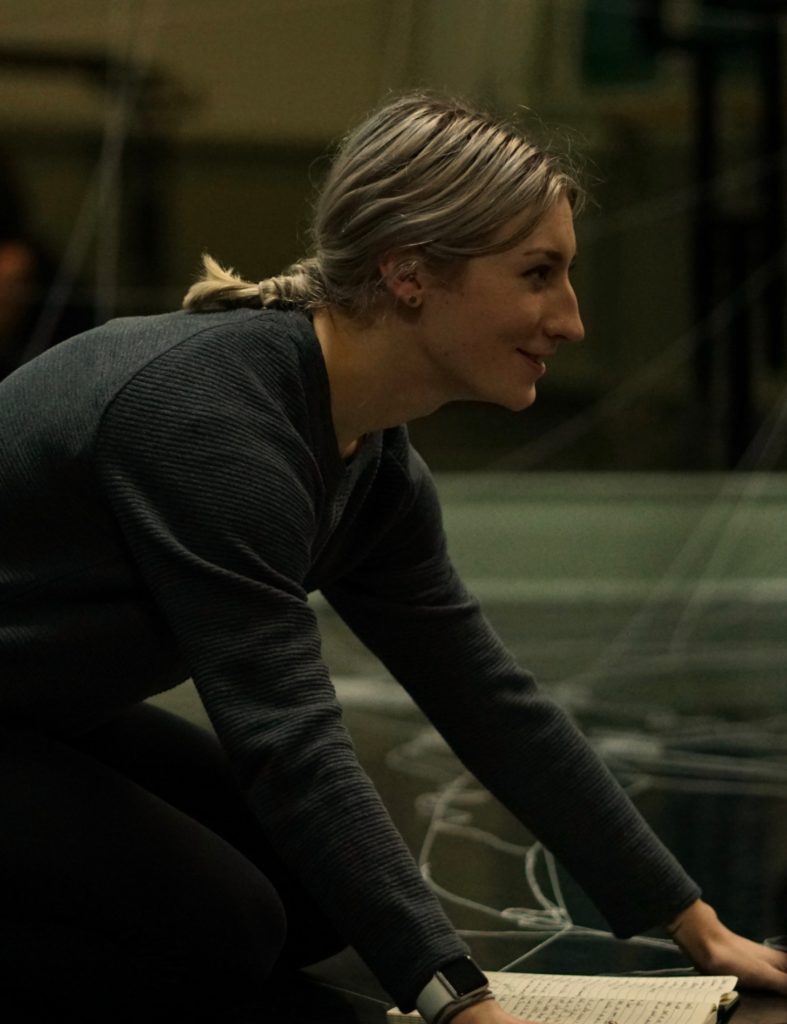 Anastasia Wiebe is a Halifax-based dance artist. She began her dance career in Dartmouth, Nova Scotia training at the Leica Hardy School of Dance and Dartmouth Dance Academy. She continued her dance training at the Peridance Capezio Centre in New York, graduating from their Certificate Dance Program in 2015. Performance credits include Moving Still, Standing Forward with Naishi Wang, petites danses with Maire-Josée Chartier, Striketone with Vanessa Goodman, Inhabit with Kyana Lyne, Wild Within with Sara Coffin, and Sonderlings with Lydia Zimmer. She has performed works by Johannes Wieland, Victor Quijada, Robert Battle, Igal Perry and many more. She is currently the co-artistic director and dancer with Nostos Collectives and a dancer with Mocean Dance. Anastasia has created many works across Nova Scotia, most notably Parallel Paths, an evening-length work with Nostos Collectives and The Third Mountain, a dance theatre piece studying the individual’s experience with climate change. In 2020 Anastasia graduated with a BA in Psychology from Saint Mary’s University.

For me, teaching is about sharing my deep-rooted passion and excitement for dance. – Anastasia 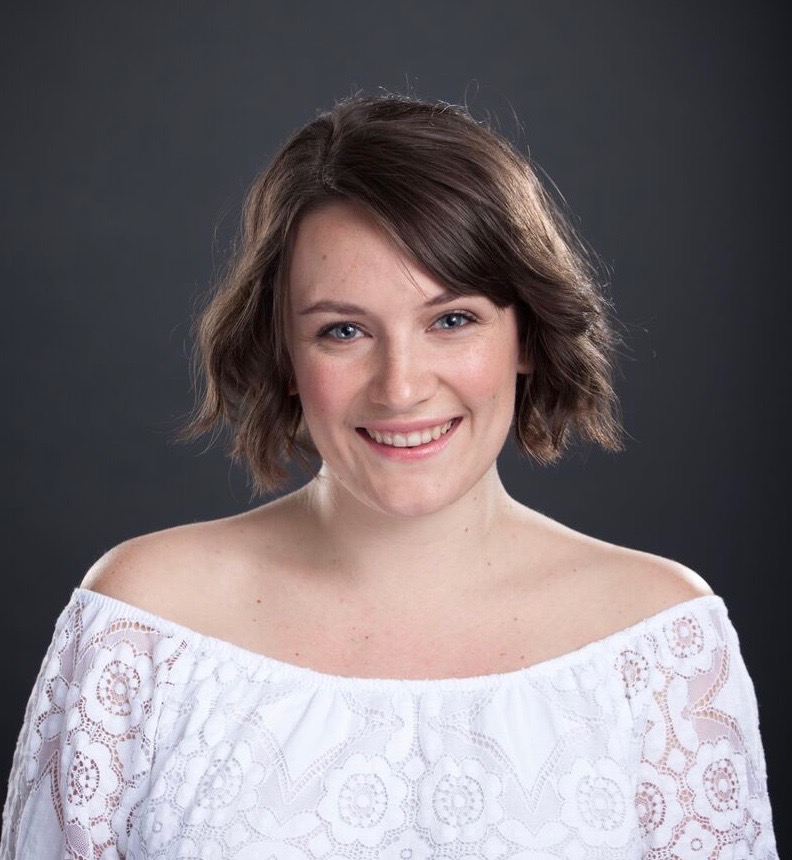 Rebecca Wolfe is an Actor-Dancer-Educator who began her performing career training a the Leica Hardy School of Dance and performed in Symphony Nova Scotia’s The Nutcracker for nine seasons. One of the original members of KiDanCo, she was very excited to return to the company as the playwright and movement director for Down the Line, which she co-created with choreographer Anastasia Wiebe. Rebecca is a recent graduate of Humber College’s Theatre Performance Program in physical and devised theatre. She is an emerging director, having directed short films, a physical theatre version of The Little Prince and assisted on a verbatim play, PEACE Project with Transitus Theatre. Her awards include Eastern Front Theatre’s Ten-Minute Playwriting Contest, Nova Scotia Talent Trust, Theatre Nova Scotia Award and the Lieutenant Governor’s Award for Artistic Excellence. She is premiering her new self-written work, Penny, at the 2019 Halifax Fringe. Rebecca has appeared on stage acting in PEACE Project (Transitus) and Infinity Machine, Sycorax Brood, U.R.U. (Humber Theatre). She can also be seen on Netflix in the Trailer Park Boys and CBC’s Mr. D.

She loved the small class size, and the children in the class and really the whole feel of the dance school you run. It is a magical and warm place. Thank you for letting us become part of it. – Wendy MacGregor, parent of Hannah